The coat-of-arms, attendant flag, and a 300-pound stone from Loudoun Castle in Scotland were presented to Loudoun County by the Countess of Loudoun and the Queen's representative, the Rouge Dragon, in a special ceremony. 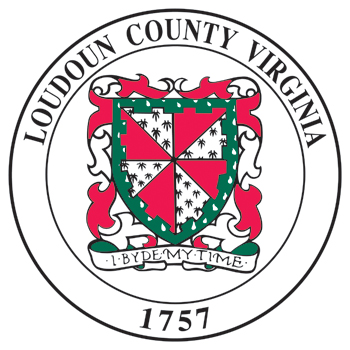