The Route 7/Route 659 (Belmont Ridge Road) project provides for the design and construction of an interchange at the intersection of Route 7 (Harry Byrd Highway) and Belmont Ridge Road. Please check back as the project progresses for updates. The project is expected to be completed in early 2019.

Due to rainy weather in the summer and fall, nighttime lane closures and road closures to accommodate work on the Route 7/659 (Belmont Ridge Road) interchange project will continue into November 2018. Maps of the eastbound and westbound detours in place during the closure process are online here.

In addition, night work may also include single lane closures on north and southbound Belmont Ridge Road to allow for pavement surfacing.

In order to complete the operations work before the Thanksgiving holiday, work will occur six nights a week - Sunday night through Friday night/Saturday morning. Nighttime work will begin as early as 9:00 p.m. for Route 7 eastbound and 10:00 p.m. for Route 7 westbound, including weekends, to allow for longer work periods. Night work on Route 659 will begin as early as 9:00 p.m.

All nighttime work will conclude prior to peak morning traffic as coordinated and approved by the Virginia Department of Transportation.

In advance of nighttime work, electronic message boards will be posted prior to each planned lane and road closure.

Motorists are encouraged to use caution in construction zones and along the detour routes throughout the duration of the project. The Route 7 road closures and detours will be performed in two phases:

The project included designing and constructing a grade-separated interchange at the intersection of Rt. 7 and Belmont Ridge Road and the widening of existing Belmont Ridge Road, from a two-lane roadway to a four-lane, median-divided roadway with associated pedestrian facilities, between Rt. 7 and Gloucester Parkway. The project removed the last traffic signal on Rt. 7 between Lexington Drive and Battlefield Parkway, accomplishing the county’s goal of transforming Rt. 7 into a limited-access highway. The new interchange has improved roadway safety and mobility. Additionally, bicycle and pedestrian facilities on Route 659 have been constructed within the project limits.

The Board of Supervisors, the Virginia Department of Transportation and others recognized this significant milestone in the project during a ceremony on July 27, 2018. While the opening of the ramp puts the interchange into full functionality, construction of the project is not scheduled to be complete until February 2019.

Blasting along Route 659 (Belmont Ridge Road) that was scheduled to resume on or about Thursday, March 22, 2018, has been delayed due to the weather. It is now scheduled to resume on Wednesday, April 4, 2018, with the expectation that it will occur until mid-to-late April 2018, weather permitting. Once it resumes, blasting will be concentrated just south of the future intersection of Russell Branch Parkway between Gloucester Parkway and Route 7 to allow for the construction of the northbound lanes of Belmont Ridge Road. Meanwhile, blasting necessary for grading of the Route 7 median continues in the Route 7 median and is expected to be completed in late April.

Blasting is generally scheduled to occur between the hours of 10 a.m. and 2 p.m. as conditions permit. The blasting may cause temporary road closures for brief periods, generally not longer than 20 minutes. All closures will be managed in accordance with Virginia Department of Transportation and Loudoun County requirements. All blasting will comply with the Loudoun County Fire Marshal’s requirements. Electronic message boards will be posted to advise the public of blasting.

Loudoun County and the project team appreciate the community’s patience and attention to safety during construction! Questions about the project may be emailed to the Loudoun County Department of Transportation and Capital Infrastructure.

Loudoun County issued a safety reminder when construction for the Route 7/659 Interchange project began. The project "Limits of Disturbance" are marked with stakes and white tape. Signage and/or safety fencing visually advises people in the area of active construction. Access to or through the project area is not permitted to ensure safety. This is particularly true for pedestrians in the vicinity.

Loudoun County officials and other dignitaries gathered Tuesday, October 13, 2015, for a groundbreaking ceremony for the Route 7/Route 659 (Belmont Ridge Road) interchange and the widening of Belmont Ridge Road.

In September 2014, the Loudoun County government issued a "notice to proceed" for the Route 7/Route 659 interchange and widening project.

On May 20, 2015, the Loudoun County Board of Supervisors awarded the contract for the construction of the interchange to Shirley Contracting in the amount of about $48.3 million. The Board item and the "Copy Teste," (the official record of the Board’s action), are online:

The Route 7/Belmont Ridge Road (Route 659) intersection is currently an at-grade signalized intersection. The intersection is being designed for a grade-separated interchange in accordance with the Countywide Transportation Plan.

The project also includes approximately 1.4 miles of reconstruction of Belmont Ridge Road from two-lanes to a four-lane divided section from the interchange limits at Route 7 to Gloucester Parkway.

The Route 7/Route 659 Interchange project is funded through a combination of local, state and federal funds and in coordination with the Virginia Department of Transportation (VDOT). 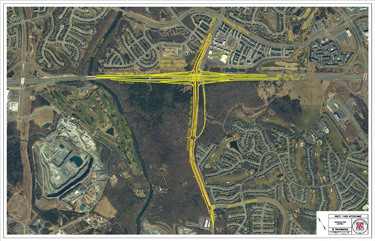 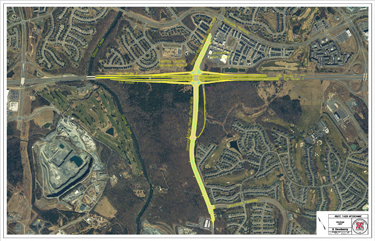